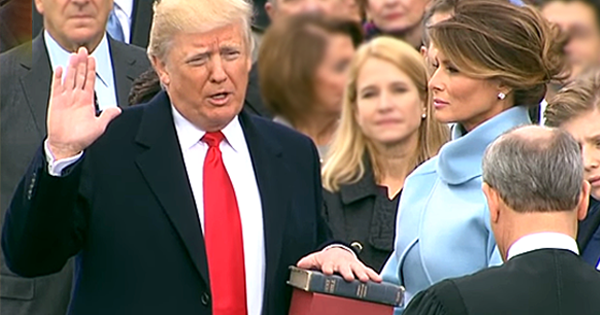 “The nation sees that President Trump is innocent,” said Rev. Steven Andrew. He leads One Million Americans on the LORD’s Side.

Congressman Paul Gosar called for criminal prosecution. Gosar believes “all paths are going to lead to Ms. Clinton.” While others say this leads to Obama.

“This is premeditated. People who use this… have to be held accountable… This was a total cover up of what transpired…” Congressman Gosar said on Fox News. More Republican lawmakers are talking about people to going to jail.

The Democrat scandal has been called the biggest scandal ever. Yet, most of the mainstream media has not covered, or downplayed, the Obama administration’s illegal spying on President Trump. That is why AmericaFirst.win is vital to the USA’s safety.

The memos and comments reveal the Clinton campaign and Obama administration worked together with foreigners against the country. The Democrats turned to English spy Christopher Steel and Russian sources to bear false witness about President Trump.

The FBI lied to the court to get a warrant, with James Comey, Andrew McCabe, Sally Yates, Dana Boente, and Rod Rosenstein approving the surveillance.

Alex Jones of Info Wars said they committed “perjury in Congress… trying to overthrow the country… If we don’t punish them for this it will turn the bureaucracy into what destroys third world countries. It will turn it into a permanent super class above everyone… This is the biggest threat to our republic… the democrat globalist cabal inside our agencies.”

Why did the swamp happen? Christians believe Obama and Clinton were God’s judgment for the sins of the nation, including false gods, homosexual sin, abortion and the occult.

In Andrew’s riveting book, “Save America,” the pastor points out the Bible teaches when a nation disobeys God’s Word then “they that hate you shall reign over you” as God’s judgment (Leviticus 26:14-17). That is why Andrew is leading the nation to reaffirm covenant that the USA serves the Lord. As people reaffirm covenant, the nation is finding God’s mercy.

President Trump expressed great concern and said, “a lot of people should be ashamed of themselves”.

The only Russia collusion is by the Democrats. A second Democrat scandal exposes Obama’s State Department committing treason and experts expect the scandals to grow bigger.

To restore justice and righteousness to the country, Andrew is also leading Christians to pray Isaiah 33:22 and put all their trust in Jesus as the USA’s judge, lawgiver and king. Our founders did this to make the USA great. To get rid of the corruption, Andrew asks Pastors to teach Isaiah 33:22, “the LORD is our judge; the LORD is our lawgiver; the LORD is our king; he will save us.”

Memos: President Trump Is Innocent, But Democrats Committed Treason added by Editor on February 6, 2018
View all posts by Editor →